Look at the Trees

Have you ever heard of the expression “can’t see the forest for the trees?” It means that someone is not noticing the big picture because they are so focused on small details. I am going to dive into the Syrian refugee dialogue and say anyone who wants to refuse to allow refugees entry to the United States is looking at the forest and can’t see the trees.

I have read so many comments, both for and against allowing refugees into our country. I am firmly on the side to allow them access. One argument I hear again and again is if we let “them” in we will be putting our country and American lives at risk. This reasoning blows my mind. The vast majority, and I mean 99.99%, of the people fleeing Syria are simply looking for a life free from war. Last year they were living lives that resembled all of ours. They had jobs, homes, a social life and dreams for the future. In other words, they are just like any of us. But life threw literal bombs at them. And now they are reduced to being identified as their nationality or their religion and judged solely on those definitions. In other words, many Americans are looking at the forest of refugees and not seeing the people that make up the trees.

So many others have pointed out that turning our backs on refugees is not what being American is all about. They get chastised for sounding like bleeding heart liberals! Do those who berate remember history? White settlers were the original terrorists! They attacked and destroyed the Native American way of life in order to create their version of a caliphate. Once they were established, history is full of examples of how they tried to keep everyone else out. The immigrants that arrived during the Industrial Revolution were looked down upon as filthy, uneducated heathen. And yet fortunes were made by tycoons based on the immigrant’s work ethic and willingness to put up with some of the worst working conditions ever known in order to provide a better life for their children. During World War II Americans looked at anyone of Japanese descent as the enemy. American citizens, who happened to be Japanese, were forced from their homes and placed in internment camps because they were viewed as the enemy. No one saw them as people, only as Japanese, and therefore dangerous. After all, the Japanese attacked Pearl Harbor! Spies could be among us! Are we doomed to repeat the worst of our history because we did not learn?

Then there are the arguments that we need to take care of our “own.” Absolutely, we should be doing everything possible to help people who want and need help that are living in the US. It is the “American” way. Refugees are people too, who want and need help. Why does it have to be one or the other? If you have children do you choose to help only one and ignore the others? We need to open our hearts to all who need help.

Lastly, arguments are being made that we should let in only Christians. I cannot think of a less Christian statement than that one.

My message this week is look at the trees. If you are putting a label on refugees and seeing them only as Muslim or only as Syrian, you are looking at a forest.  Instead, try to see the people who have left their homes, not by choice but by necessity. They want a better life for their children. They want to find a place to live that is safe and where they can be productive members of society. They want to worry about what to have for dinner, not whether they will have any food at all. Simply put, they want exactly what we all want: to live a good life. Let them come.

No recipe this week. Enjoy your Thanksgiving. 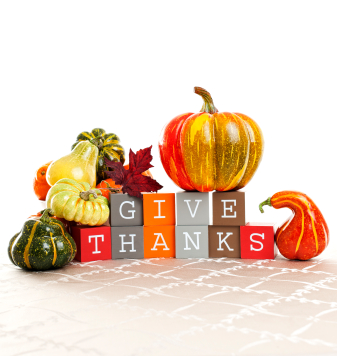