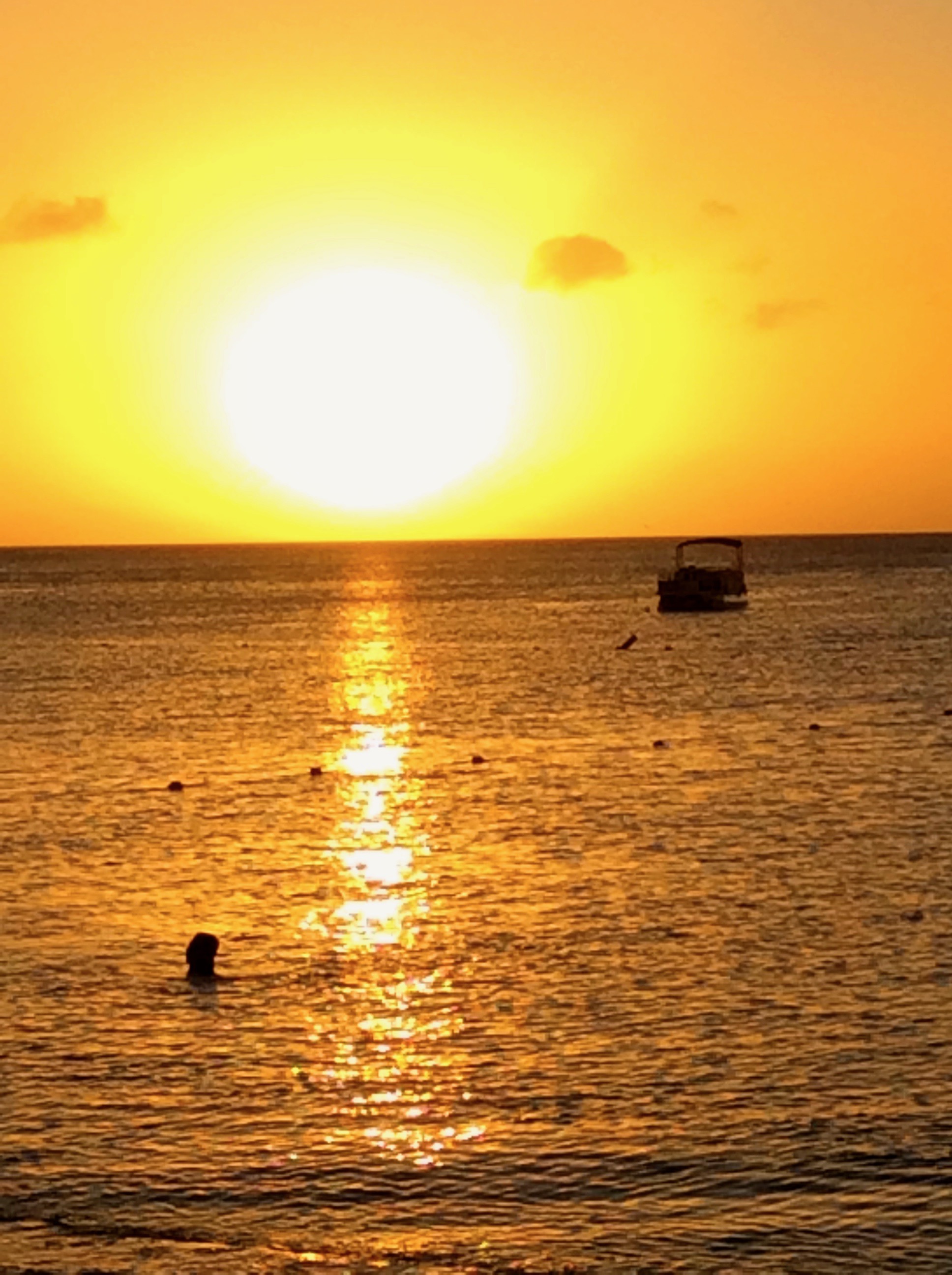 After a week of sun and sand in Aruba we are back. We had quite the adventure getting there that included an overnight stay at the Ramada Inn in Newark, New Jersey after missing our connection due to mechanical issues on our plane out of Rochester. Nothing more frustrating than to sprint through an airport only to find they closed the doors five minutes before you got to the gate. Then they point you to customer service where a 100+ people are already waiting in line and you just know your vacation is not going to start well! It was an exasperating experience that led us to declare we will never fly United Airlines again. How do you get away with stranding so many people (trust me, we heard lots of stories while we waited our 3+ hours in line and many were far worse than ours!) and then decide to put only 2 representatives on to take care of us all? Weather happens, but United needs a much better recovery plan! A week later when we were trying to get home and they started to give us a story of how they overbooked our flight and wouldn’t be able to let us on, I pretty much had a meltdown! Thank goodness my husband was calm and made it clear we would be on that flight. Five minutes later we were seated and made it home.

Phew! Got that off my chest! Let’s talk food! So often we see people on vacation who are using that as an excuse to overindulge on food and drink. I just can’t bring myself to do that. I work so hard to maintain a healthy weight and body that I find it hard to let it go, even for one week. Don’t get me wrong, we ate and drank, just never to excess! There is no way I can turn down a pina colada while watching a sunset on the beach in Aruba! The not-so-secret idea is to limit it to one (OK, one day I had two! Come on! Sunset! Beach! Aruba!). Our meals were fairly reasonable as well. I made egg sandwiches in the hotel (we stay at a timeshare that has a full kitchen) for breakfast, we would have a sandwich or leftovers for lunch and then aim for fish or a salad and pizza for dinner. Lots of water and walking were the norm. We even treated ourselves to ice cream a few times. I came home two pounds lighter!

While we were away I saw this story about a man who ate McDonalds for 90 days, all three meals a day, and lost 37 pounds. He is a teacher and worked with his class to come up with a meal plan that stuck to 2000 calories a day and included the recommended daily nutrients set out by the government. He also started a walking program. His point is it isn't where you eat but what you eat. Yep, back to what I always say: it is all about the choices you make. Vacation did not lead us to throw away our common sense eating. We chose to stick with a plan that helps us feel good. It doesn't matter where you are. You have the power to choose to put good things in your body!

I will be heading to the grocery store today to restock the kitchen, so last night we had one of my favorite clean-out-the-fridge meals. Before we left I bought some peppers that I knew would last a week and I made stuffed peppers. The nice thing about them is you can pretty much stuff them with whatever you have. I used brown rice (1 cup uncooked), feta (about a quarter cup crumbled), an egg, soy sausage crumbles (about 1/2 cup) and some corn and pepper soup (about 1/2 cup). I don’t really have a recipe for you because you could add pretty much any vegetable, any grain, any cheese and even any meat you have on hand. I cut the peppers in half (I used three) to make it easier to stuff and serve, but if you have small peppers you could cut off the tops and stuff them whole. The one trick I have found to work is to put the unstuffed peppers in the dish with a half cup or so of water, cover them with foil and put them in the oven to steam and soften up. While they are cooking I make the stuffing on the stove by cooking the grain and sautéing the veggies and then mixing it together. (If you are using egg, temper it a bit first with a small amount of hot ingredients). I take out the peppers, drain off the water, stuff them and cook for another 20-30 minutes, until everything is hot and set.