Ever think about your little toe? The one that goes whee, whee whee, all the way home? I googled the question “what does my little toe do?” and found out that it does play an important part in balance. We use all ten toes to help us walk, especially over uneven surfaces such as grass or sand. If for some reason you were to lose your little toe you would still be able to walk and even run, but not as efficiently as you can with it in place.

Okay, now that I’ve got you thinking about your little piggy, think about this fact: Reebok did a survey of 1200 U.S. adults and found that 3 in 10 would rather give up their pinky toe than their soda habit. 30% of the people asked were willing to mutilate their body rather than quit drinking something completely useless for survival. It got worse. The same amount of people said they would rather lose their job than give up soda.

When I saw this survey result I was shocked. Then I thought maybe people were just joking. I mean, really, give up your income over empty calories? But what if they are serious? Tufts University conducted a study that found sugary drinks played a role in 184,000 deaths worldwide in 2010. They looked at over 600,000 deaths from diabetes, heart disease and cancer and found a link between sugar sweetened beverages (SSB) and death in over one-third of the cases. Their conclusion:

“SSBs, are a single, modifiable component of diet, that can impact preventable death/disability in adults in high, middle, and low-income countries, indicating an urgent need for strong global prevention programs.”

I feel the fact that one-third of people surveyed in the United States are more willing to cut off a body part than stop drinking soda indicates how addictive these beverages are. Unfortunately, Reebok did not provide more details, such as did they only ask people who first admitted to drinking soda on a regular basis? It does show how hard it is to have a conversation with people about their  eating and drinking habits, though. People are quick to dig in their heels when it is pointed out that they are making poor decisions. I think people get defensive when asked to choose between what seems like common sense and something they feel is their “right”. It kind of reminds me of the arguments made when laws are enacted that are designed to protect people, such as wearing helmets, using seat belts, no smoking in public areas, etc. Many would say if they want to make bad decisions about their health it is their prerogative.

Have you noticed it is spring? It is so exciting this time of year at the Public Market because fresh local produce is starting to appear! One of the first to come in are ramps. These are like a cross between garlic and onions. You can use them in stir fries, eggs, risotto, pasta, quesadillas, etc. My favorite recipe is to make pesto from them. Since they are only available for a short time, I make a lot and freeze it to use throughout the rest of the year. Of course you can substitute any pesto in this week’s recipe. 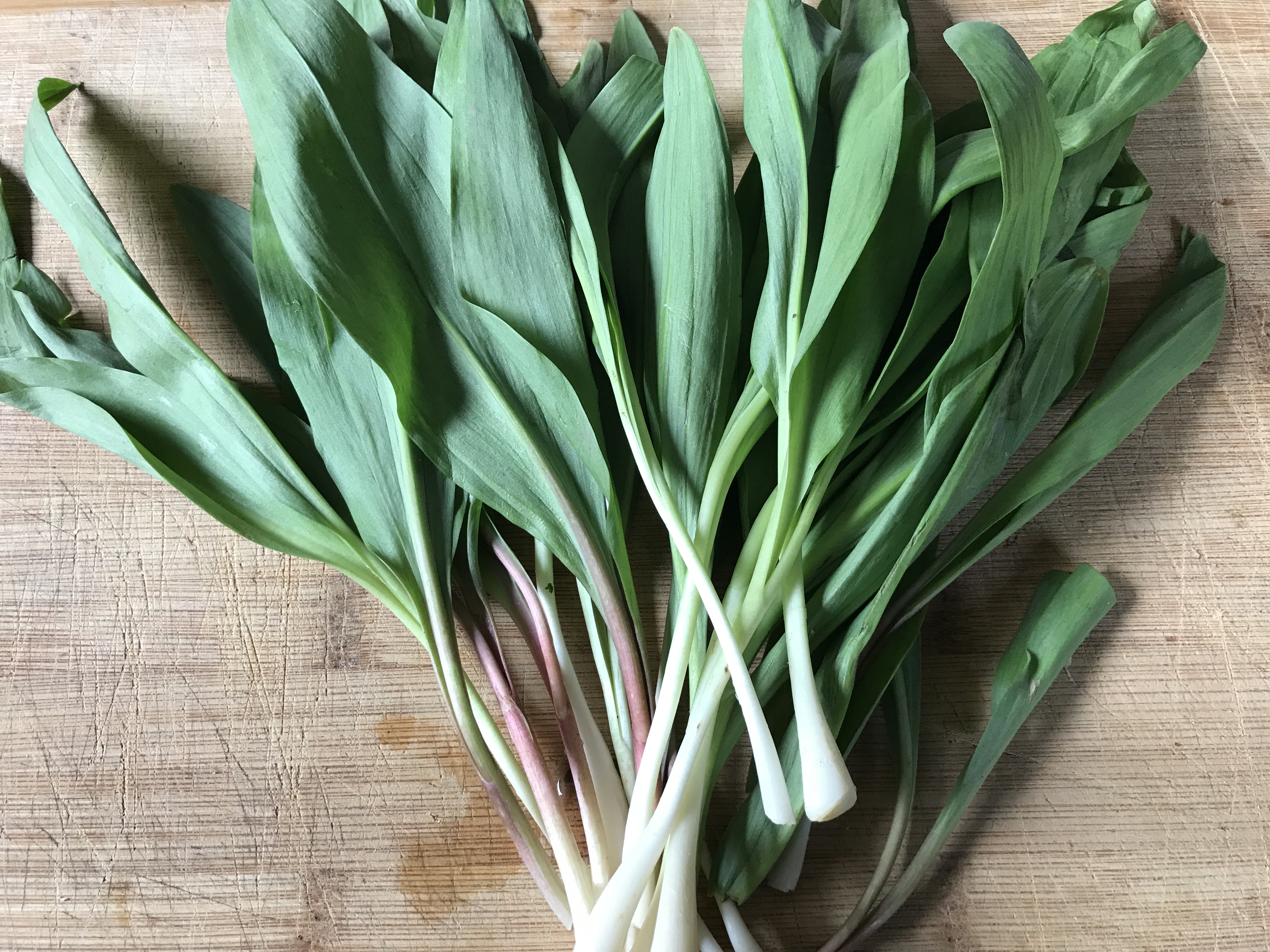 1/4 to 1/2 cup nuts, your choice (I used toasted sunflower seeds but pine nuts, pistachios or walnuts would be tasty too)

*I recently bought feta at the market and the cheese seller told me French feta is the “cadillac of fetas”. I tried some and completely agree! Delicious! 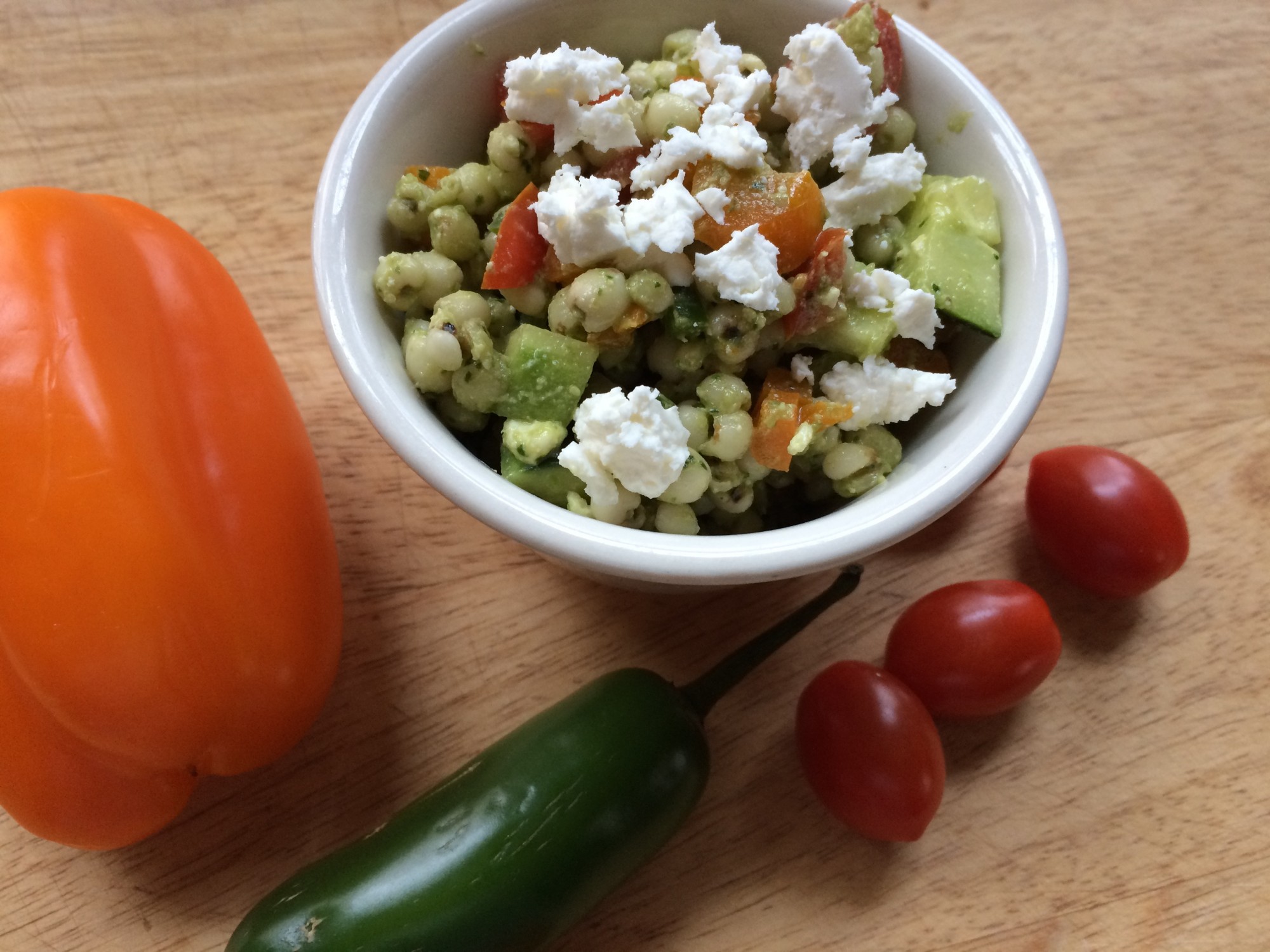