Happy Memorial Day! I have no complaints about today’s weather! Love, love, love it! I went for a nice long walk and thought about what I wanted to write about today. My thoughts kept going back to a show my husband and I watched last night called My 600-Lb Life on TLC. It was the first time we had seen it (it is a series) and it was painful and uncomfortable to watch and not just because of the graphic video of surgery and what morbid obesity can do to your body. Last night’s show focused on a 22 year old woman who weighed in at over 650 lb. Walking from the living room to her bedroom was difficult for her. She went to see a doctor in the hopes of getting gastric bypass surgery. He was brutally honest with her and her family and called out her husband and mother for enabling her to become so overweight. She couldn't drive so they were providing her with 7000+ calories a day. They claimed it was because they did not want to upset her. So they were willing to slowly kill her in order to provide momentary peace. Of course she played a part in this because she was the one eating the food and demanding they bring it to her. Their full time job had become taking care of her because she could not do anything (seriously) for herself. The doctor pointed out that the family dynamic had become so dysfunctional that if the young woman lost weight it would cause problems because she would no longer be so dependent on her family and that is what they thrived on. Yikes! The show follows the patients for a full year and documents their achievements. She had lost 266 lb. by the end of that year and, while still obese, was making plans to go to college. Hurray for her! She finally got to a point of such discomfort that she had to change or, in her case, die. (Other questions were raised in our heads, such as how did they pay for all the food and medical treatment, but that wasn't covered). Where is your comfort level?

The woman in the show is obviously an extreme. I hope no one has to get to such rock bottom that even taking a shower is impossible. But if you find yourself being uncomfortable with your body, either your weight or lack of exercise, only you can put your foot down and say enough is enough, just like she did. I understand that watching what you eat and pushing your body aren't always comfortable, either, but what is the alternative? One of my favorite sayings is “if you aren't part of the solution you are part of the problem”. Will you be happier after a workout? Then go do it! Will you be happier, in the long run, with one scoop of ice cream, not two? Then put the container back in the freezer! (By the way, that will save you money as well because it will last longer). Once these choices become a habit they are no longer uncomfortable to make.

My advice today is to set a goal. Make it something three months in the future. Maybe it is an event you want to look extra great for. Maybe a competition, such as a 5K or Mud Run. Make your plans now and get comfortable with what you need to do to accomplish that goal. By the time the event comes around you will have established a habit and, hopefully, won't turn back. Heck, if the woman on the show could lose basically the equivalent of two people, it should inspire you to do whatever you set your mind to!

Since we are talking about comfort levels, here is a story of how my husband went out of his zone recently. He was reading Men's Health and came across a recipe by Mario Batali for Pasta Primavera. He read it and declared he wanted to make it. Now Charley is not completely comfortable in the kitchen, but he wanted to give it a try. I was his assistant and chopped a few vegetables but he did the rest. It was delicious! And now that home grown vegetables are showing up at the Public Market, this dish is perfect! As always, use whatever vegetables or pasta you have on hand or love! The recipe is in a little different format to help with the timing. I suggest you read through once before starting.

Makes 6 serving (the leftovers are delicious!)

A. Prep your vegetables. The sauce will cook quickly, so be sure to prep your ingredients before firing up the stove:

B. Simmer your sauce

In a big pot, bring 6 qt. of water to a boil and add 3 TBSP of kosher salt. In a large skillet on medium high, heat 1/4 cup extra-virgin olive oil until shimmering. Add the garlic and cook, stirring until golden, 1 to 2 minutes. Lower heat to medium, add the carrots and cook, stirring occasionally, until they're slightly soft, about 4 minutes. Toss in the mushrooms, cook 3 minutes, and add the asparagus (except tips) and cook 2 minutes. Add the peas, scallions, and asparagus tips; season with salt and pepper. Cook until the vegetables are just tender, about 2 minutes; remove from heat.

C. Use your Noodles

Pasta can get gummy if it sits too long, so plan on cooking it after you've finished the sauce. Add 1 pound penne to the boiling water and cook until al dente, about 1 minute less than the cooking time specified on the package. Reserve 1/2 cup of the pasta water and then drain the noodles in a colander.

D. Put it All Together

You’ll lose out on flavor if you just scoop the sauce on top. Instead, add the pasta and 1/4 cup of reserved water to the vegetables, stirring and tossing everything over medium heat until mixed. Cover, reduce the heat to low, and wait about 2 minutes for flavors to meld. Then stir in 2 tablespoons of olive oil, another splash or two of pasta water, and 1/3 cup coarsely chopped fresh italian parsley and basil. Serve topped with freshly grated Parmigiano-Reggiano. 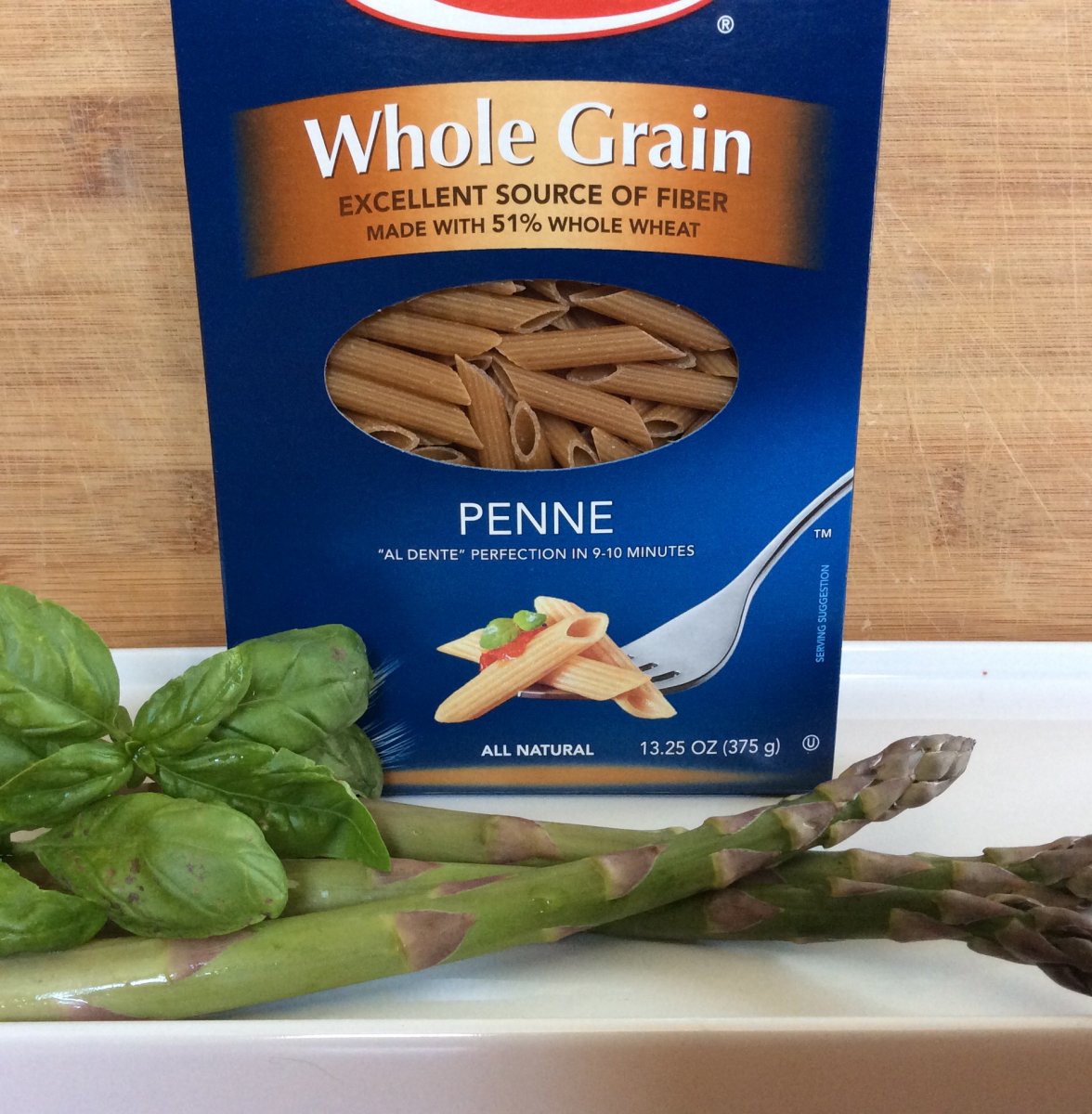