Yesterday was a solemn day for remembering an awful attack on America. I grew up hearing stories about how people always remember where they were when terrible events happen. Pearl Harbor and JFK’s assassination are two examples. In my lifetime, I can recall exactly where I was when the space shuttle blew up and when I first head about the bombing of the federal building in Oklahoma. But 9/11 will forever stand out in my mind and I will probably never forget almost every minute of that day. I cried, I was nauseous, I was frightened and I was numb. As I write about it I can still feel all those emotions. Imagine my surprise when I read in the paper that September 11 is no longer taught in schools as a current event, but as history. The students in high school today were babies when it happened and the kindergarteners were born ten years afterwards! How can something so transformative to so many be regarded as history? That day changed our world and so much of everyday life. The children of today do not know a world where we are not at war. So much was lost that day. But out of that devastation, I remember so many stories of people pulling together to help others, watching strangers embrace each other in a show of solidarity and seeing people around the world raising American flags and pledging support to our country and our citizens. We were united in our grief. It overrode any differences. 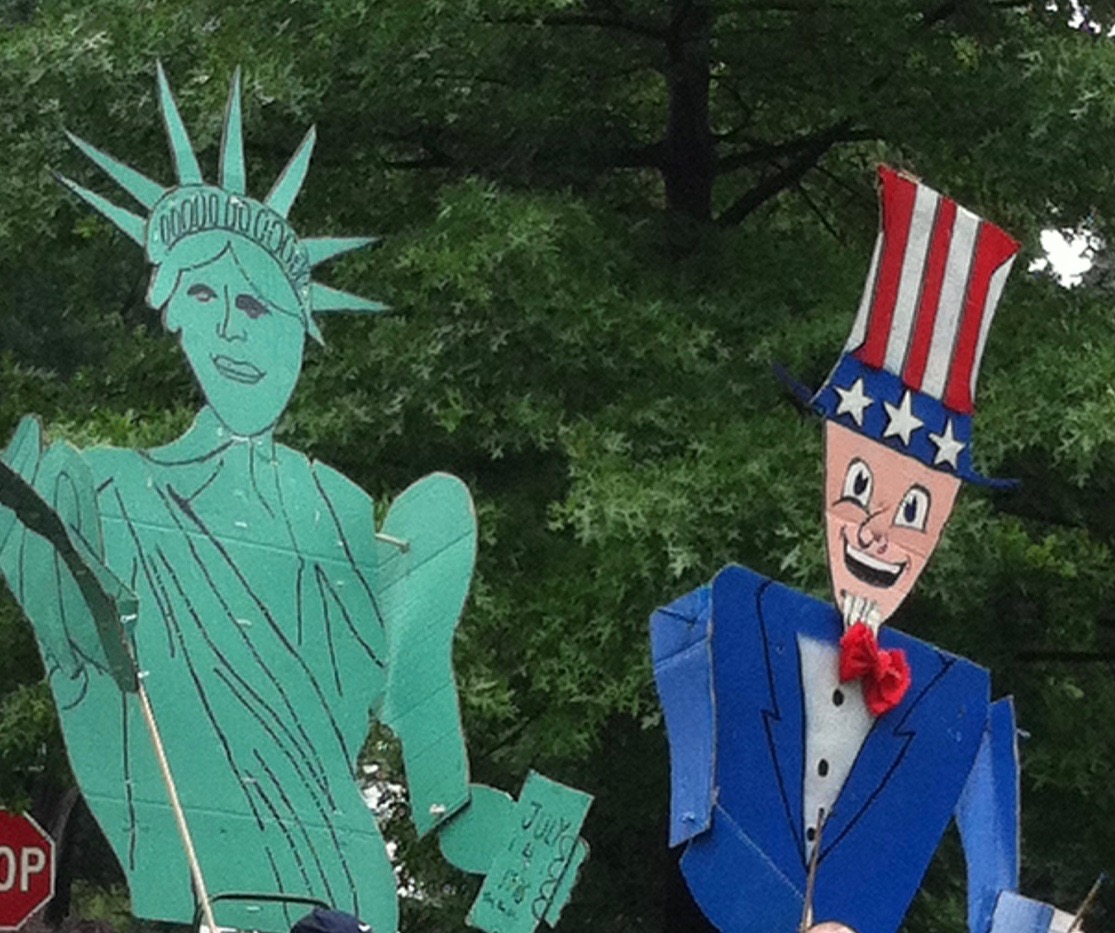 Photo from a 4th of July Parade in our neighborhood

15 years ago is not history to me. It is just few years in the past. But when I see and hear the shouting, accusations, and vitriol that is almost inescapable today, that day that brought us all together seems like ancient history. It is as if we are a nation that has turned on each other. America was founded because people wanted to be free to live, worship and prosper on their own terms. Our history shows we are constantly evolving and learning how to live up to Thomas Jefferson’s words from the Declaration of Independence “all men are created equal”. When did freedom come to apply to only those who accept and adhere to the same beliefs? Why do I see people draping themselves in a flag while screaming at fellow Americans who don't agree with them and still maintain they are true Americans? Doesn't that go against the very principles that the Declaration and Constitution are based upon? There is no other country like ours because we are so diverse, which is exactly why America exists in the first place. So what exactly does take back America mean? Back from who? Back to what? Isn't it better to think we are all American? Just because I don’t believe exactly what others believe does not make me less American. Most importantly, I do not feel threatened if someone is of a different ethnicity, religion, sexual orientation or in a better tax bracket from me. Their lives are their own and if I have negative feelings about them, that is my issue, not theirs (remember last week’s blog about attitude). There are so many things that can be blamed for the divisiveness, including social media which highlights the diversity and gives a platform for people to air opinions, both pro and con. America continues to evolve and there will always be people who are afraid of a future that doesn't resemble their perception of what they want or feel they deserve. But we have to accept our differences and embrace one another in order to keep moving forward. 15 years ago Americans came together to help each other. If we need to get back to something let’s get back to that.

With such a serious topic I will hold off on a recipe until next week.