To Vegan or Not To Vegan

Back in the late 1980’s I decided to go vegetarian. My boyfriend at the time, a hunter, called me a hypocrite because I wouldn't eat the deer meat he provided but I would eat meat that came in styrofoam and plastic at the supermarket. I couldn't stand the thought of being a hypocrite so I made the decision to not eat any meat. The relationship didn't last, the vegetarianism did! Actually, I didn't go completely veg at that time because I wanted to keep eating chicken. Within a few years I was able to give that up as well when I got sick a couple of times after eating chicken. I haven't had any red or white meat or fowl in almost 30 years. I do still eat fish on occasion, usually when we eat out because vegetarian meals in restaurants tend to be pretty boring (seriously chefs, I prefer to eat more than just veggies and pasta!).

My decision was made after I weighed the consequences for myself. It was personal and mine alone. I would never dream of telling anyone that the way I eat is the way they should eat as well. So a couple of recent articles caught my attention. One was a challenge that Pamela Anderson made to the New York prison system. She told Governor Cuomo that if he switched our prisons to a vegan diet she would come and serve the food at a prison. The other was about a challenge called Kickstart Your Health. It aimed at encouraging people in Rochester to go vegan for 3 weeks, from May 1 - May 21. I got mad when I read both of these articles because I think it perpetuates the idea that vegetarians and vegans want to force everyone to give up meat and dairy. I could cite study after study that show a vegetarian diet is great for our health. I could hammer home how if we stopped raising animals for food we could improve the health of the planet. I could mention that vast acres of land are devoted to raising food for these animals and we could convert that to crops which would feed humans and perhaps reduce hunger. I could talk about the inhumane way animals are treated when raised for food. Okay, so maybe I just did, but the bottom line is what you decide to eat is personal. I encourage everyone to eat food that comes from plants, not food that is made in a plant. I encourage every meat eater to choose meat that comes from a farm that allows animals to lead a good life and eat food they are meant to eat (such as grass-fed cows).

I will say that being vegetarian today is much easier than it was 30 years ago. Back then my choices were mostly salads and mac and cheese. And of course, tofu, something I still struggle with because of the texture. Today it is much more mainstream and not only are there more options at the grocery store, but vegetarian and vegan restaurants are getting easier to find. If I wanted to take the next step and go vegan it would not be as drastic a change as when I gave up meat because there are so many ways to eat familiar foods made with plant based ingredients. I have posted many recipes including sandwiches (here, here and here), entrees (here and here), soups (here and here) and even desserts (here and here). These are just a few and many recipes in which I include cheese are easily converted by leaving out the cheese. That brings me to why I feel I could not be vegan, I love cheese! However, I have been eating and experimenting more and more with vegan cheeses and sauces. Check out this article with vegan cheese recipes and see if you aren't salivating! But, as always, if I do make the step to vegan, it will be my choice. I will continue to encourage you all to eat healthy and try to provide recipes that I have taste tested and are delicious. I want to help demonstrate that vegetarian cooking isn't just tofu and pasta. Trying new recipes is easy and the more you cook the more you learn how to make each dish your own, whether it includes adding meat or substituting your favorite ingredients.

This week’s recipe is my new favorite sandwich spread/dipping sauce. The best part is you can use whatever herb you like or have on hand. It is a good example of how being vegan does not mean giving up flavor or condiments! Cashews are a great ingredient for making creamy sauces, cheeses and desserts. I recommend a high speed blender to get the most creamy texture. I use this one, which is usually used to make smoothies. I just have to do it in two batches. If you do this in a food processor it will still be tasty, just not as smooth. 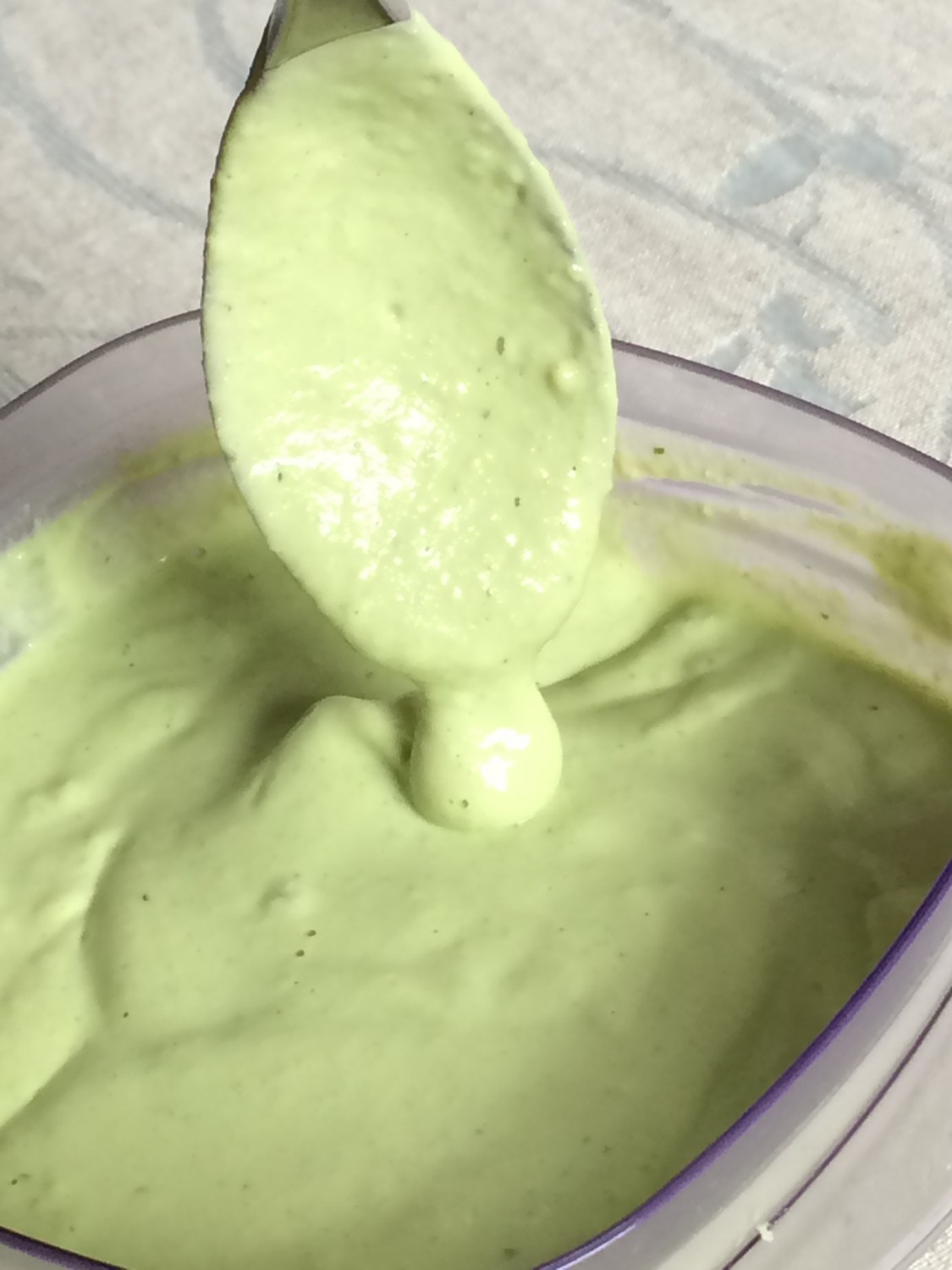 Zest from half a lemon

Juice from 1/2 lemon (or more if you prefer, just cut back on water a little)

Place all ingredients in blender and mix until very creamy. You might have to stop and scrape it once or twice. I do mine in two batches because I have a small high speed blender. The longer you let it go the thicker and creamier it becomes. Add more water if you would like it thinner.

*Stronger flavored herbs, such as rosemary or tarragon would be great in smaller quantities or blend them with other herbs to create your own unique sauce! 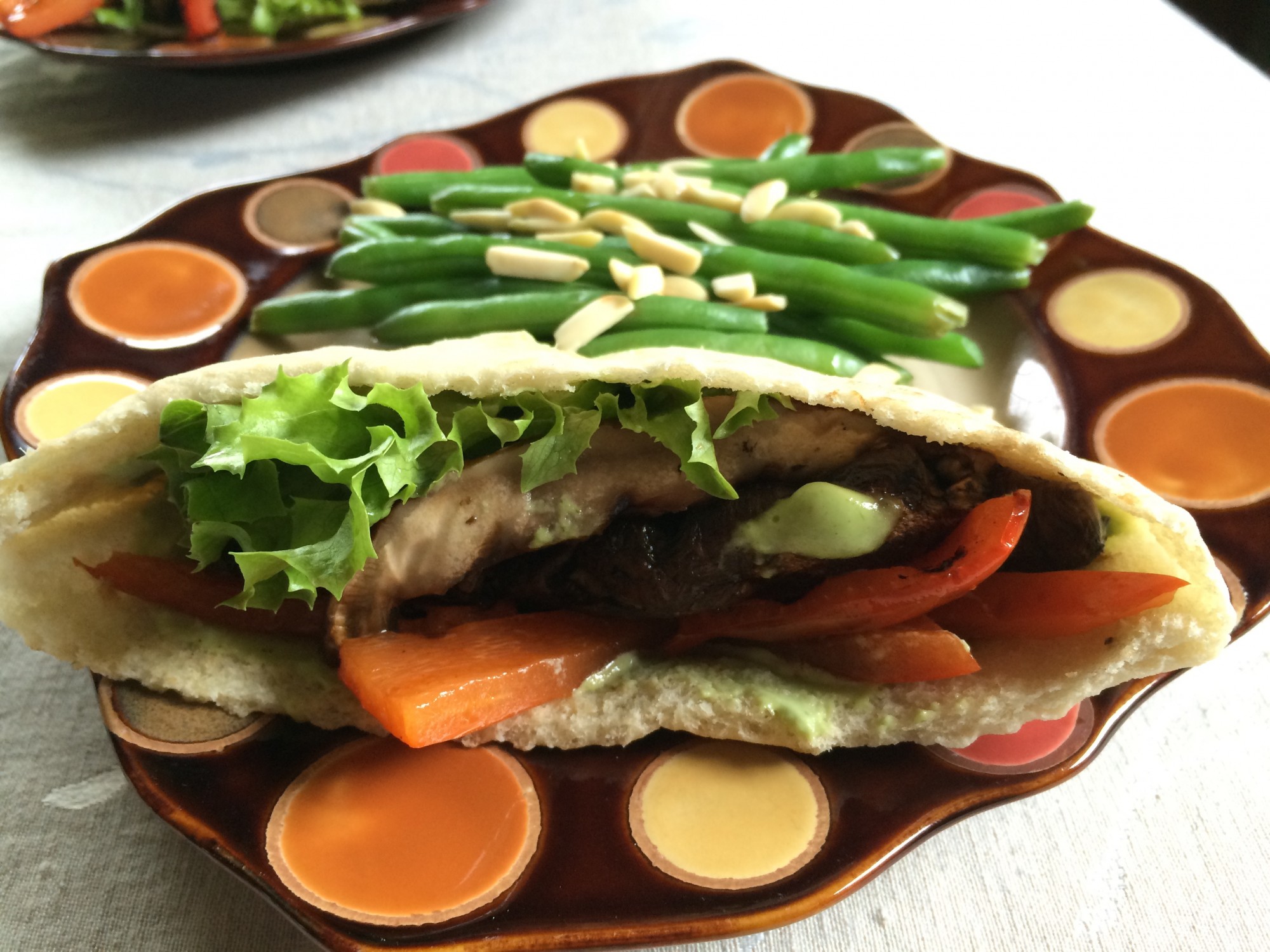